For the uninitiated, MMA stands for Mixed Martial Arts; it’s a full-contact combat sport which allows opponents to grapple and to strike each other, both standing and on the mat. Bouts are fought either in a cage or a ring and consist of 3 x 5-minute rounds with one-minute breaks. It was once a bit of a niche pursuit but now it’s, arguably, the most popular spectator sport in the UK. No surprise then, that when we were approached by Danny Blundell, British Lightweight Champion, we leapt at the chance to sponsor him, to support him in his defence of his title—the contest will take place on February 10th, 2018.

Danny, 25 years old, is from Grays, Essex, and has a girlfriend and three kids to keep him busy, as well as a day job selling groundwork equipment. (His uncle has a tool-hire business—we’re customers, which is the connection that brought us together.) So, when does Danny find time to train? Crazy hours, that’s when! Up at 5.30 a.m. to do some cardio before work, then training in the gym every day but Friday from 7-9.30 p.m. That’s commitment…

In the run up to the fight, he’s concentrating on losing the pounds and ounces—his natural weight is around 84 kilos but to be in the lightweight class for MMA, he has to be 70 kilos. He’s lost an amazing 12 kilos plus in just 3½ weeks. Is he enjoying it? No, he is NOT! He says it’s a horrible thing to do. His regime is common sense—less food, longer and harder exercise sessions, (flab-fighters take note!)—and in the last 24 hours before the weigh-in he’ll take on less fluid, just to be sure. And then he’ll put all that weight back on again straight after the fight, which we’re sure he WILL enjoy!

The sponsorship provided by Tower Demolition will be used to pay for his clothing, supplements, travel expenses and training fees. It’s going to make a massive difference to him, because, as he says, ‘It’s not easy out there.’ He’d like to pass on a huge thank you for the support, and wants to do us proud on the day, and continue to build a good relationship with us in the future.

All the action on February 10th takes place at Troxy in Limehouse. It goes without saying that Danny wants to win—but he also wants to showcase his skills, look good and put on a great performance at the same time. His ambition is to make it as far as possible in the sport, with the pinnacle being the Ultimate Fighting Championships (UFC), and, with his natural talent and sheer determination, we’re sure he’ll go far—helped along the way by our sponsorship, we hope. 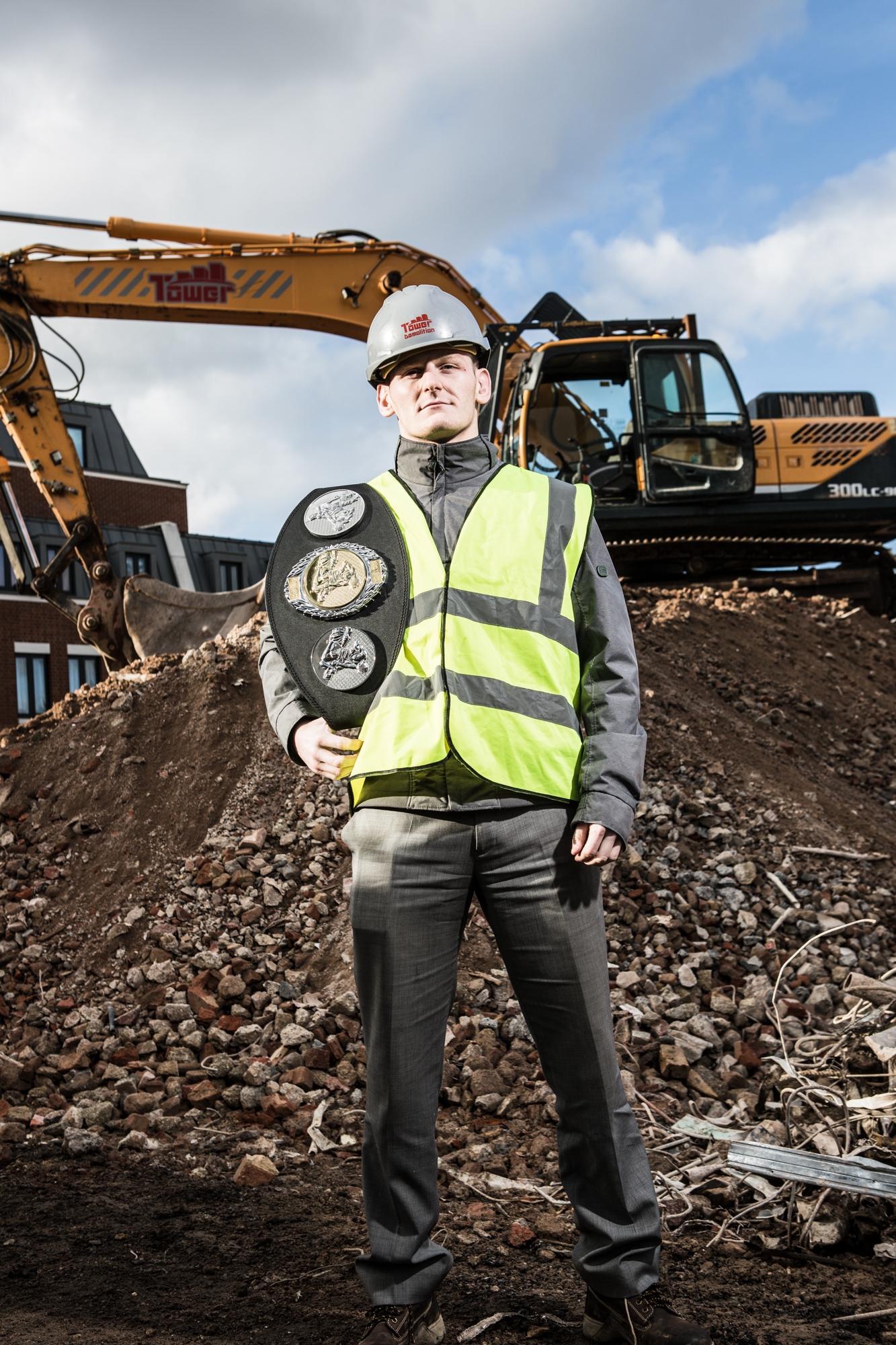