The project consisted of Asbestos Removal, Temporary Works, Hand Separation and removal of roof and penthouse, fifth and ground floor slab removal, installation of temporary support to the party wall and slab back propping to facilitate additional loadings.

Located on Dukes of York Street, the site neighbours included the Royal Institute of International Affairs and other government bodies. This formed the basis of many of the site and demolition constraints and party wall agreements. Tower Demolition began works with asbestos removal and subsequent soft strip and lift removal. Once the scaffold had been handed over, the roof and penthouse was removed by hand by operatives wearing appropriate PPE harnesses and fall arrest equipment.

During the roof removal phase and prior to the demolition works commencing, the design and installation of temporary supports was completed by Tower Demolition and permit to load issued by our structural engineer. Once the demolition phase of Ames House was complete and new structural steels installed, Tower Demolition returned to strike the temporary support system that facilitated the roof and slab removal works.

This project has been completed to contract programme and defect free with minimal impact imposed on local businesses and government institutions. 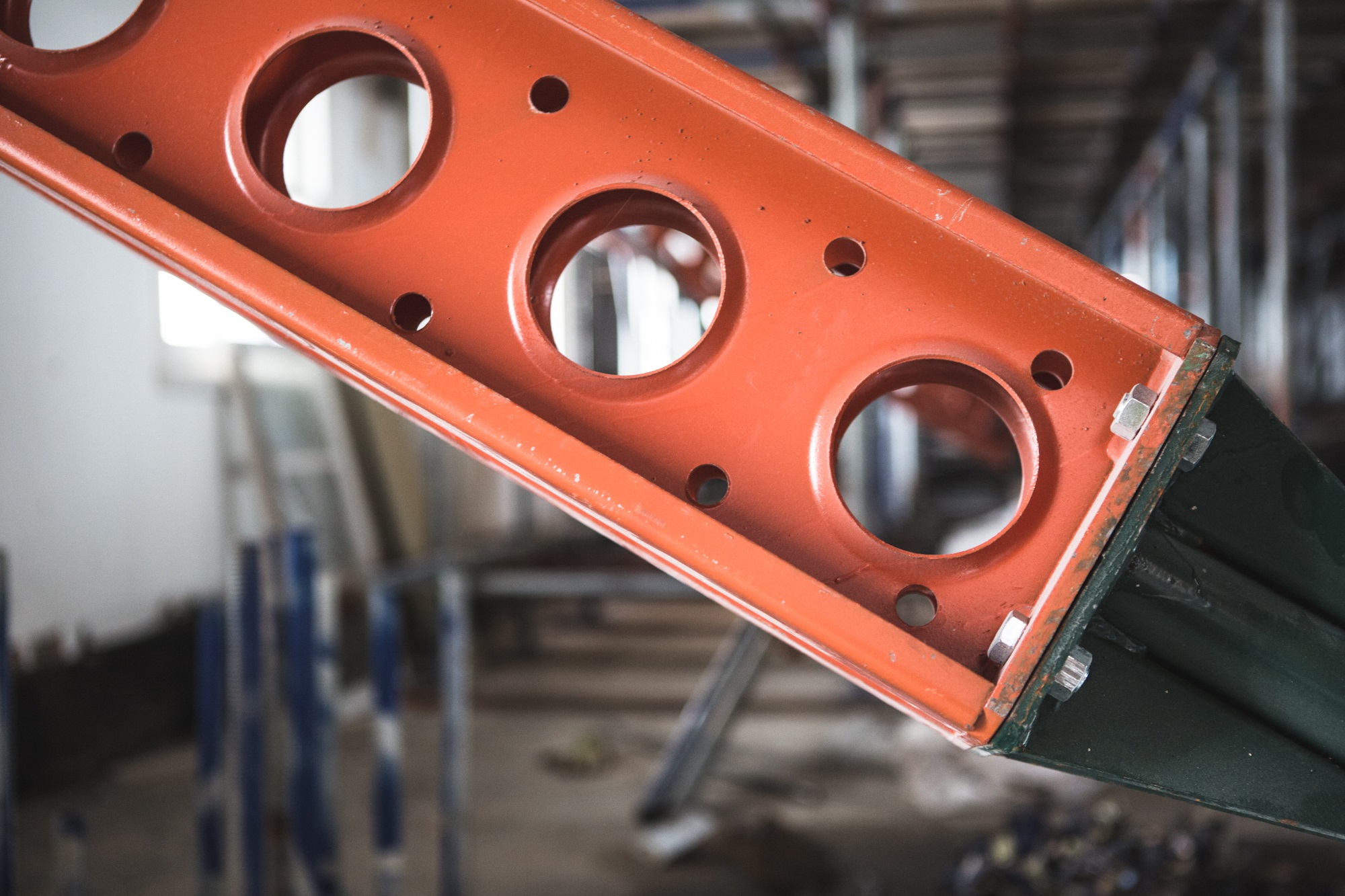 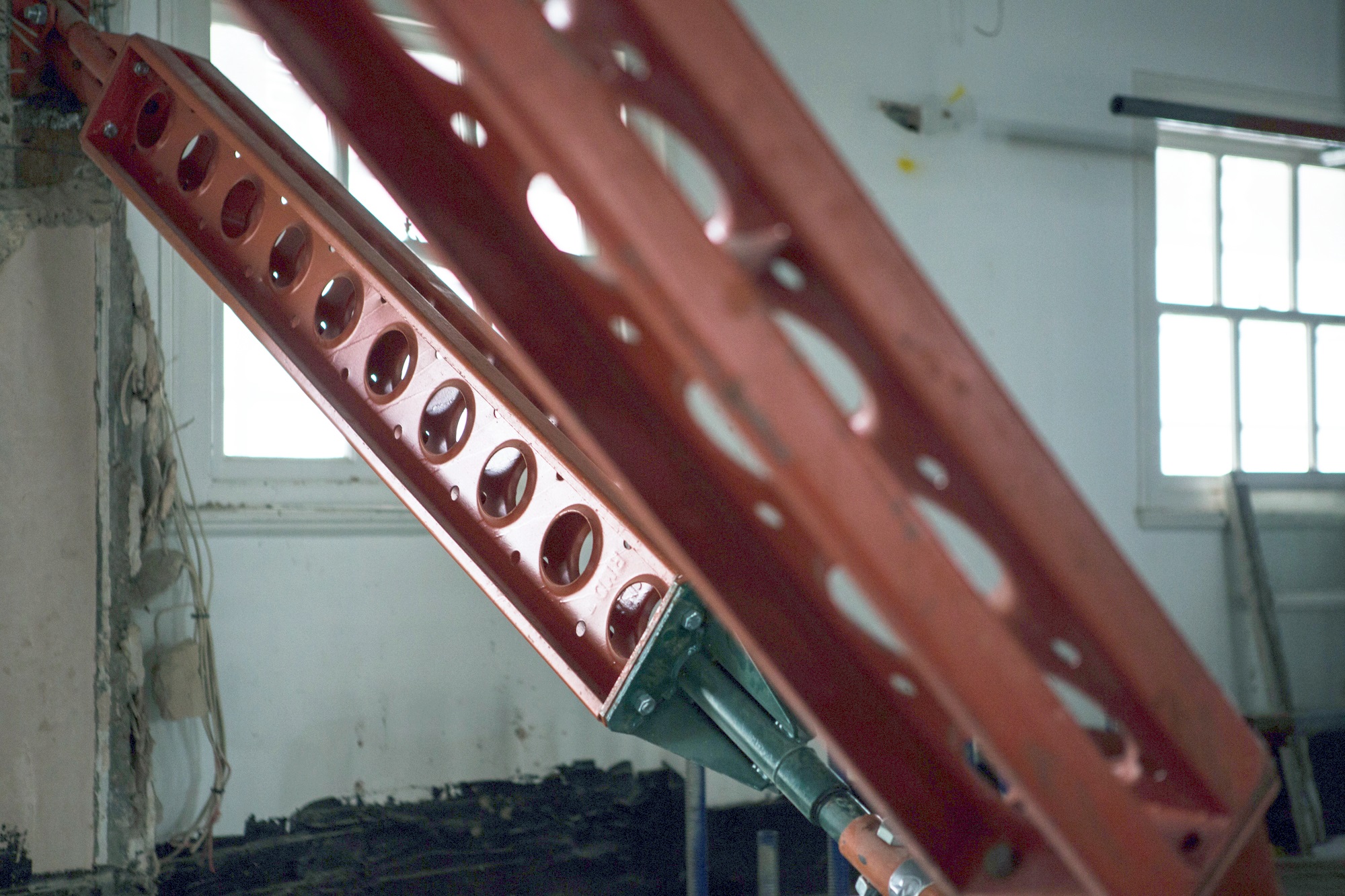 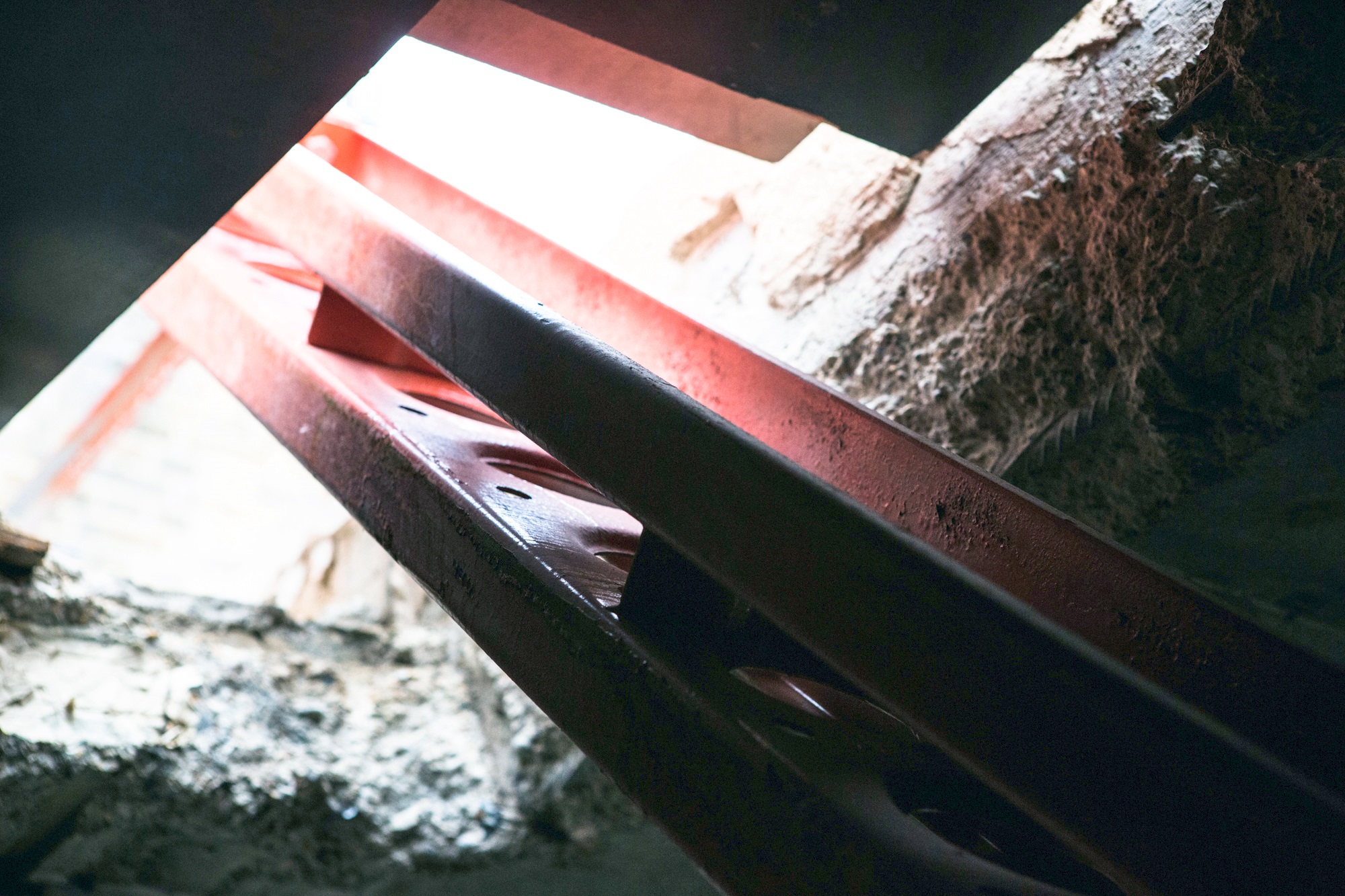 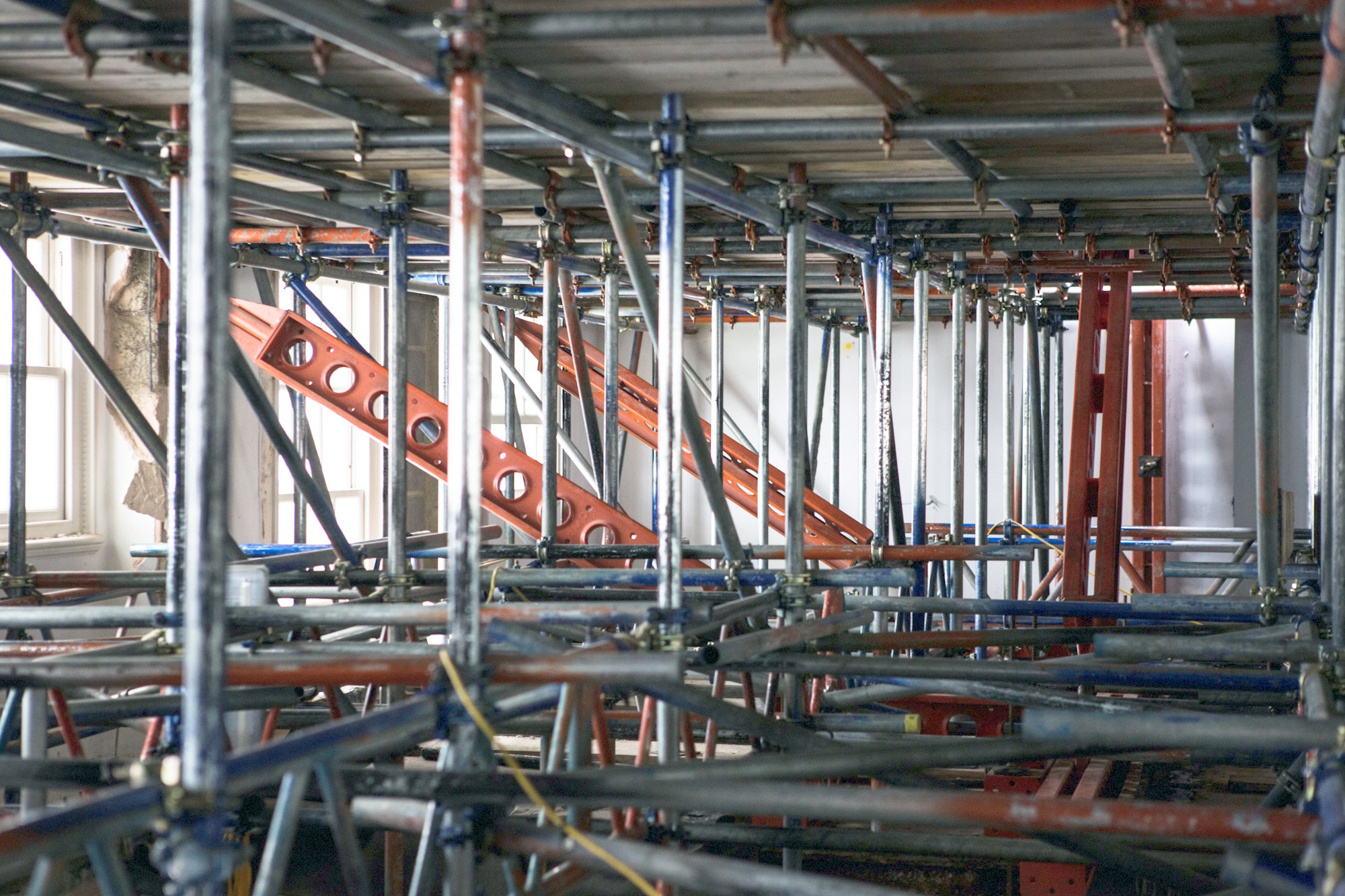 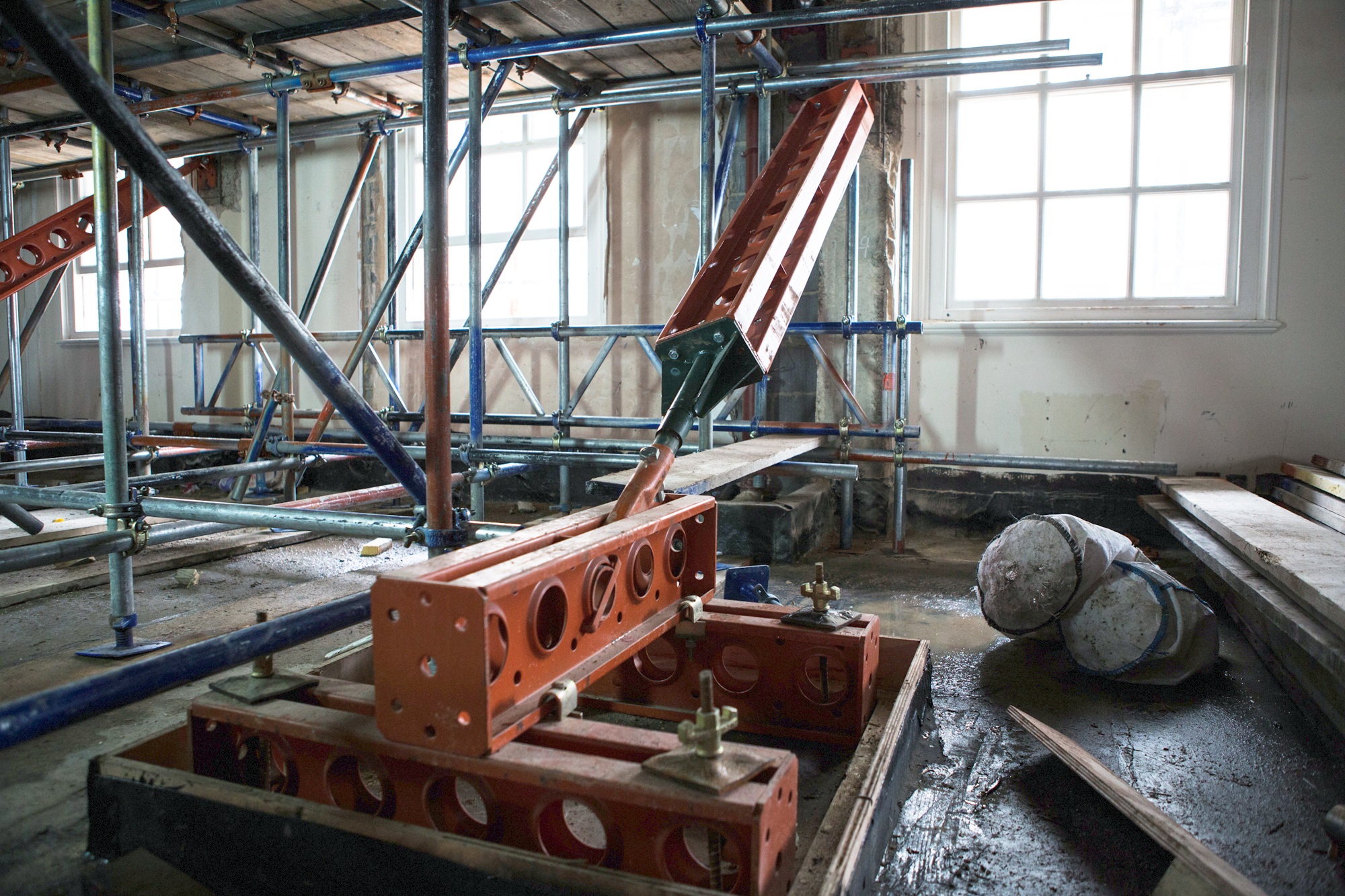 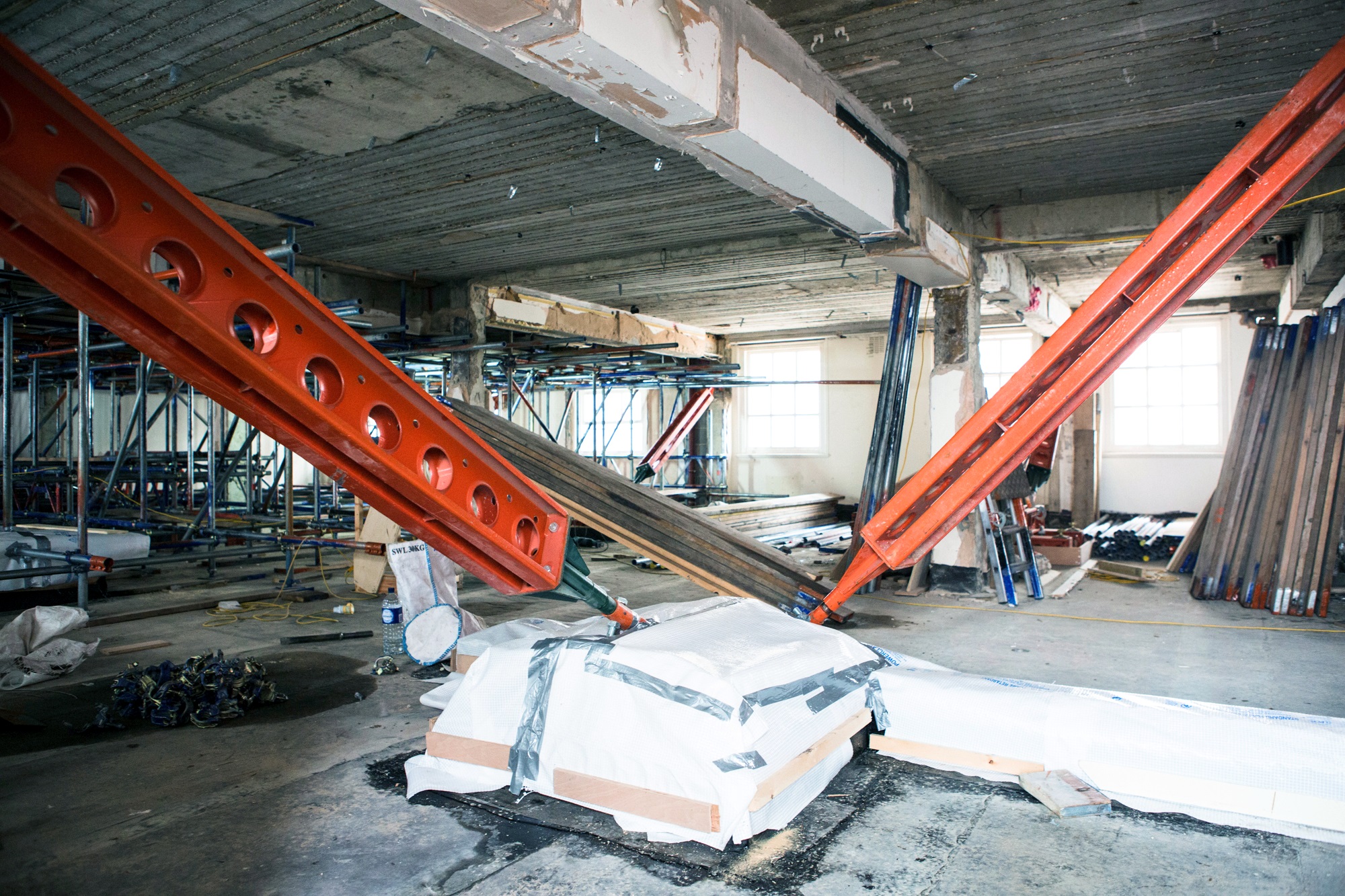