Culross Street is located on the east of Hyde Park in West London. The project was bounded on both sides and these formed the basis of many of the site and demolition constraints and party wall agreements, not least that one was the London residence of the Prince of Jordan! The project involved licenced asbestos removal and the demolition of a three-storey building which required a fully designed temporary propping scheme to party walls on either side.

Tower Demolition began by scaffolding the front and rear of the property; during the scaffold erection, we carried out the asbestos removal and subsequent soft strip. Once the scaffold had been handed over, the roof was removed by hand, with operatives wearing appropriate PPE harnesses and fall arrest equipment.

Having removed the roof, the first level of temporary support works, consisting of double whalers and flying shores, were installed to our structural engineer’s design. The temporary works were used to give the lateral support to both neighbouring party walls. Once this first phase of temporary support was complete, our structural engineer gave the Permit to Load and the demolition of the top floor commenced. Having removed the entire top floor, the second phase of the temporary support design was installed and permits given to enable Tower to complete the demolition.

The project then moved on to a further phase of temporary propping, supporting the ground floor slab. This included constructing steel beam frames within the open voids left by the stair removal to support the 25mm road plates that were welded in situ to create a working platform for a 15ton pilling rig.

This project was conducted in a highly sensitive area of London with the full co-operation of the Jordanian Royal Family, on budget and on time. 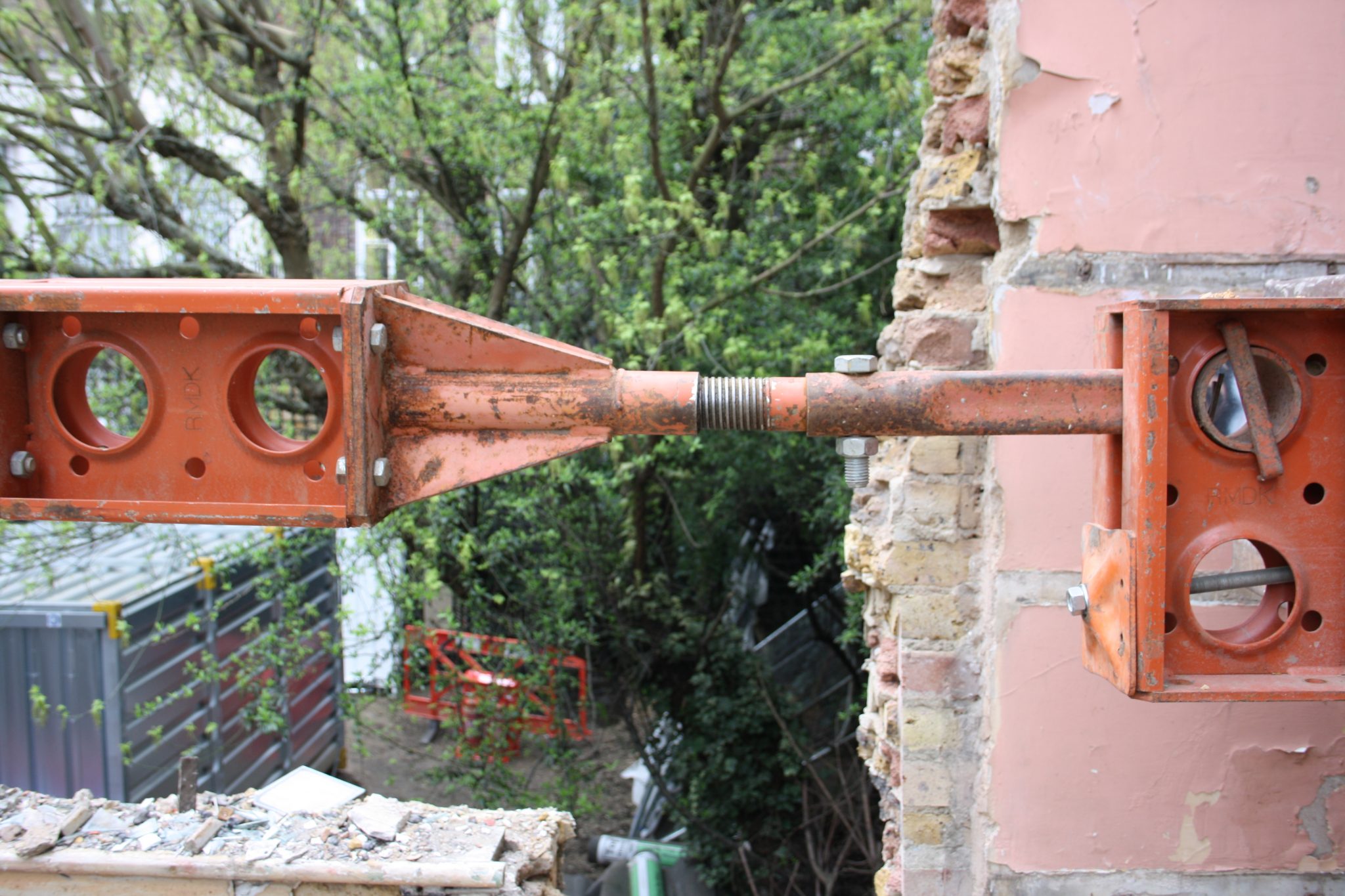 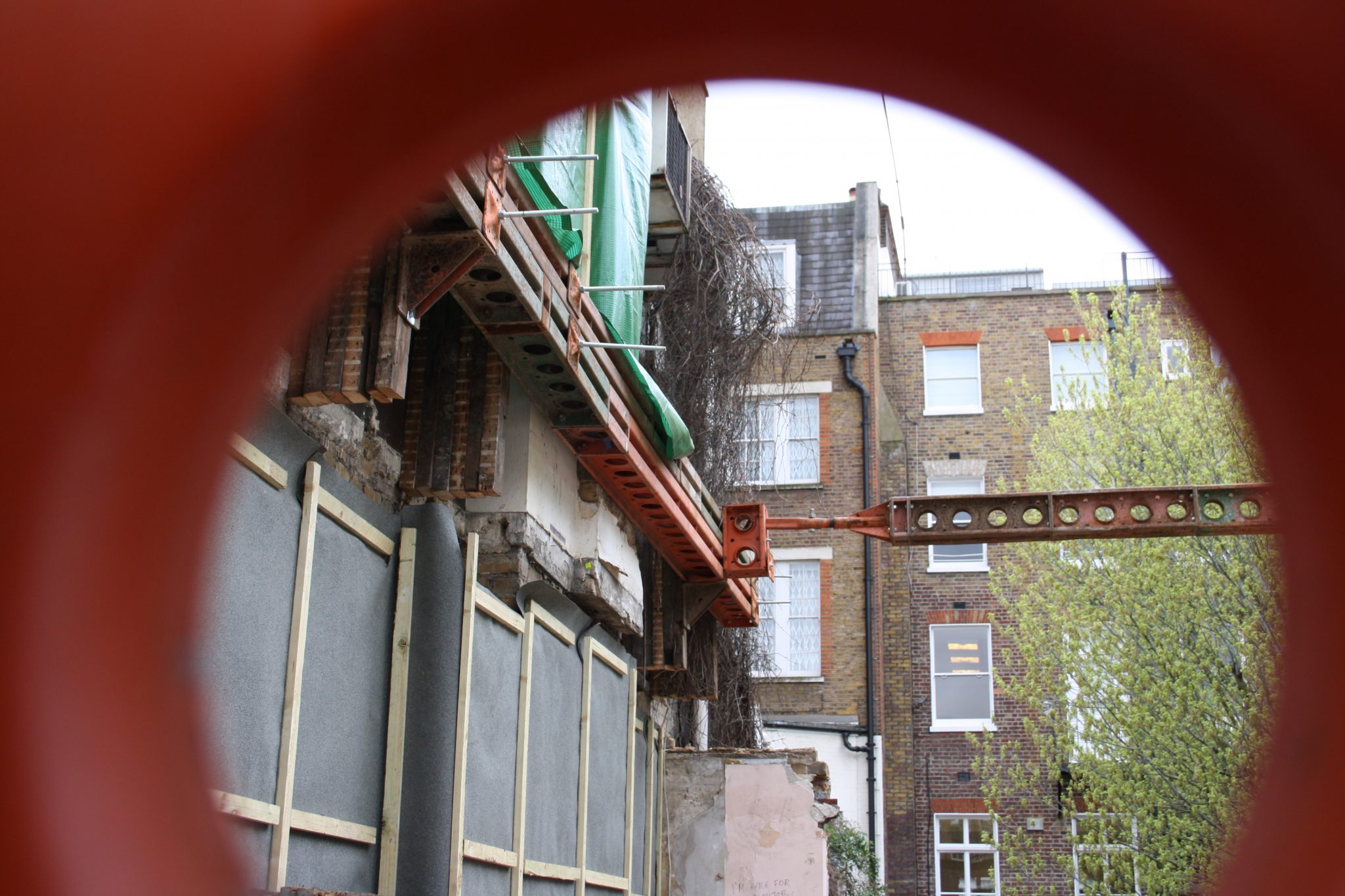 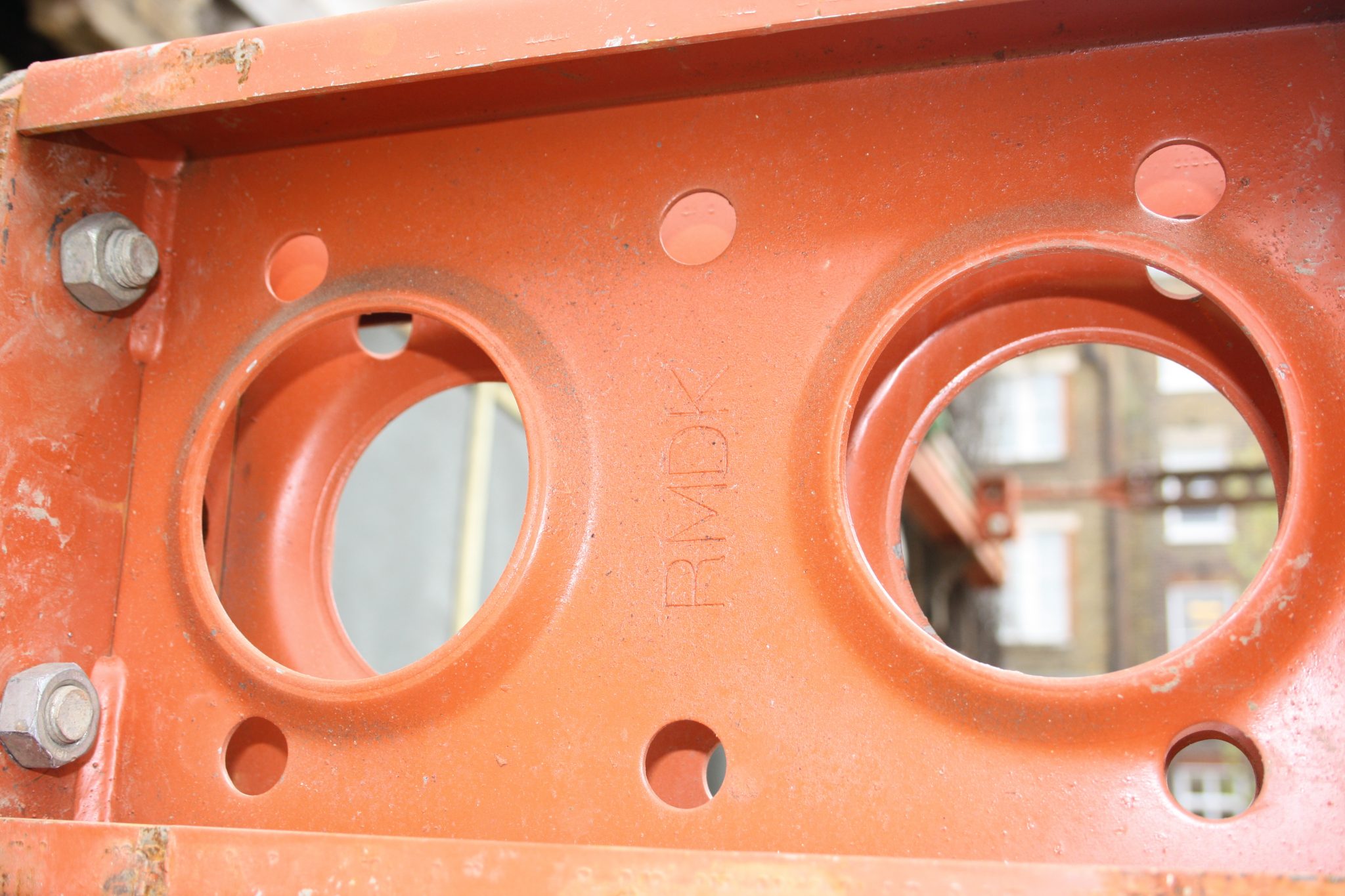 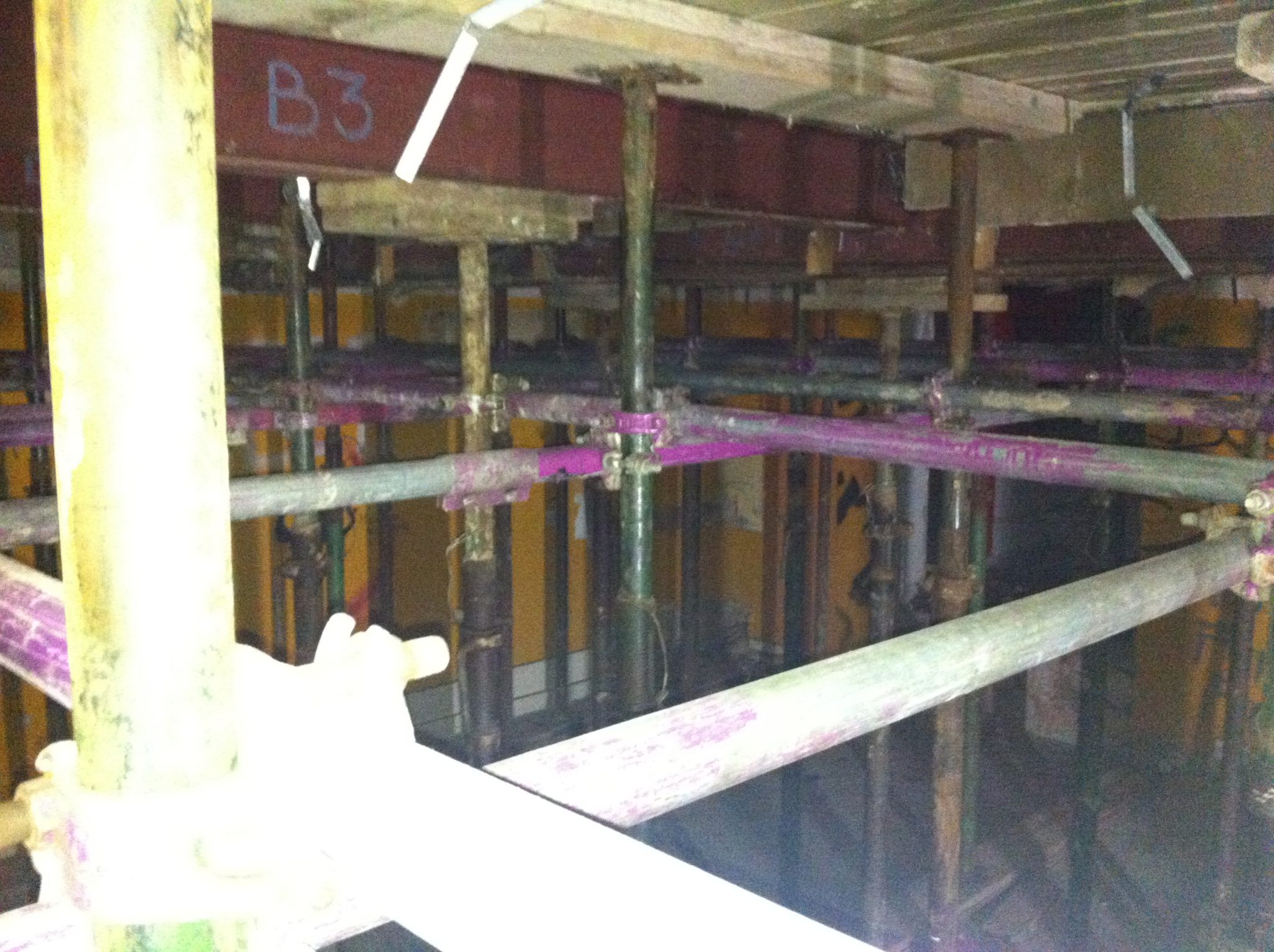 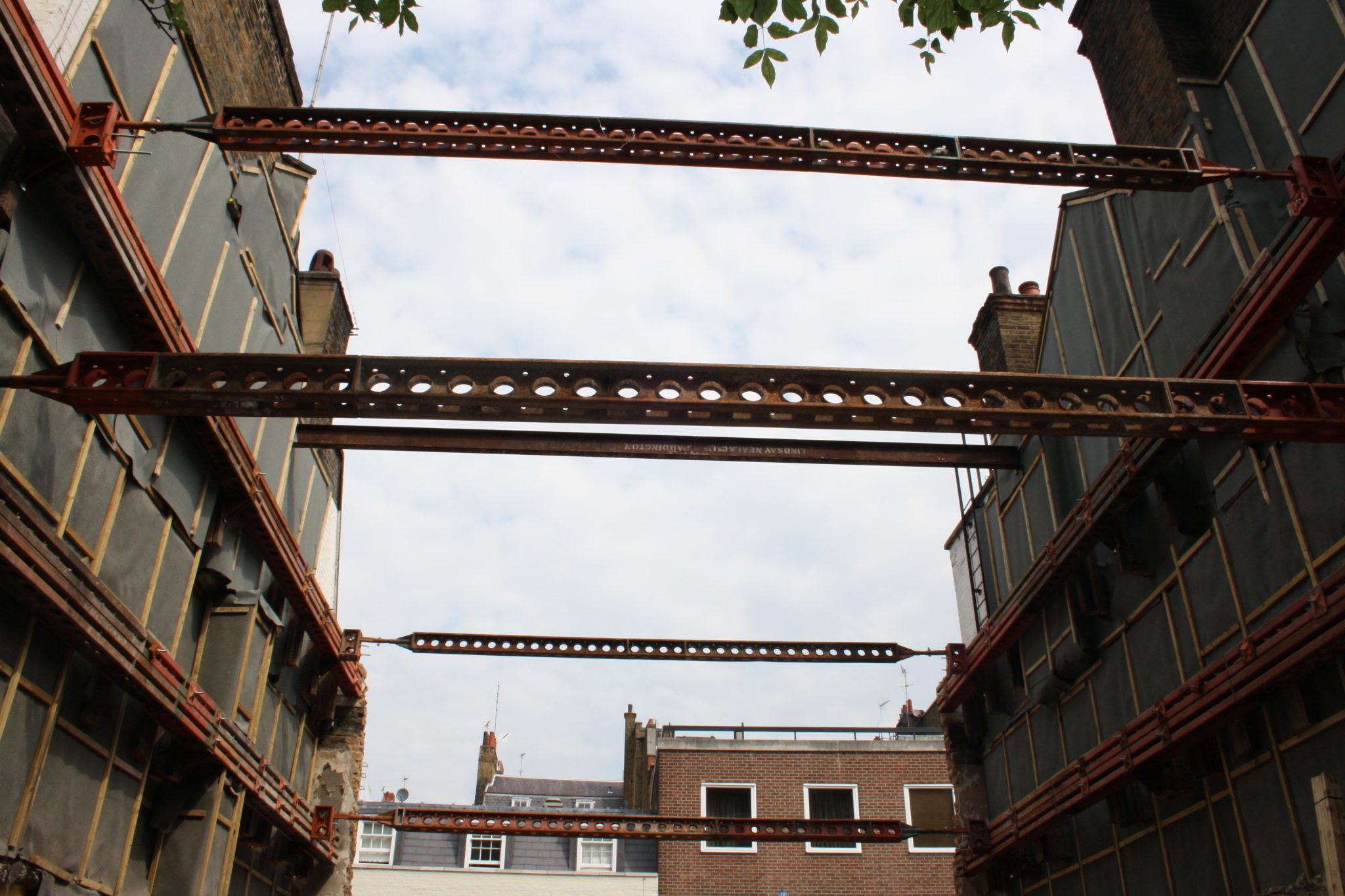 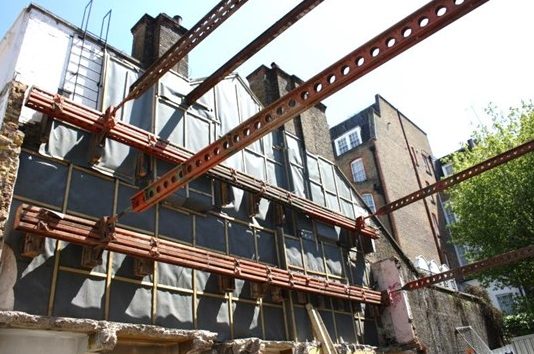