The demolition of two single storey structures one theatre and one large classroom within the confines of a five storey school makes the Eaton House School project a very tricky one indeed.

Working alongside Baxall Construction as they constructed the partitions to separate the school from the main site, Tower Demolition’s operatives conducted the hand separations to sever the links to the theatre. A 120 ton mobile tower crane was then sited in the front car park of the school in order to lift three 5 tonne mini excavators and one 5 tonne mini crusher from the car park up and over the four storey school and manoeuvre them into a gap at the rear … with only inches to spare on each side of the plant!

Once the plant was on site the demolition of the theatre began, the concrete and steel frame structure was soon down to ground level but Tower’s work was not finished there. Due to the site access issues namely the double side doors which ran through the school, Tower was asked by Baxall to supply mini crushers and recycle the concrete and put down a piling mat.

The two phased program was extremely tight and made even shorter when the client required the main building for teacher training after the first week and the children returned to school during the second phase making that part of the project a live environment. Tower had to bring the crane lift exit forward by three days and this meant that Tower Demolition had no choice but to work over the bank holiday weekend to get the job done!

The owners of Eaton House School were very impressed by Tower Demolition and Baxall Construction’s skill and expertise to pull off this difficult demolition project in a very short time. 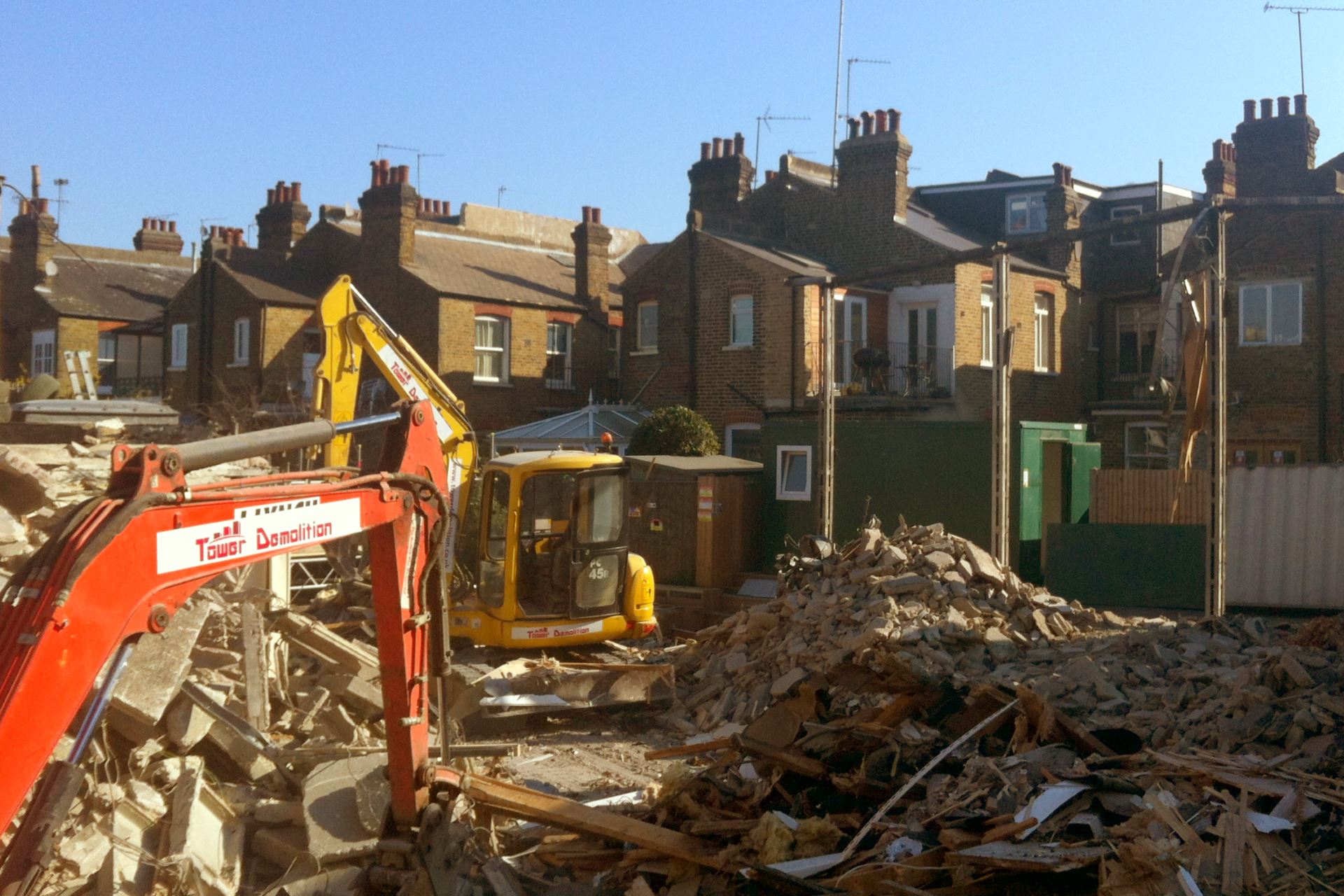 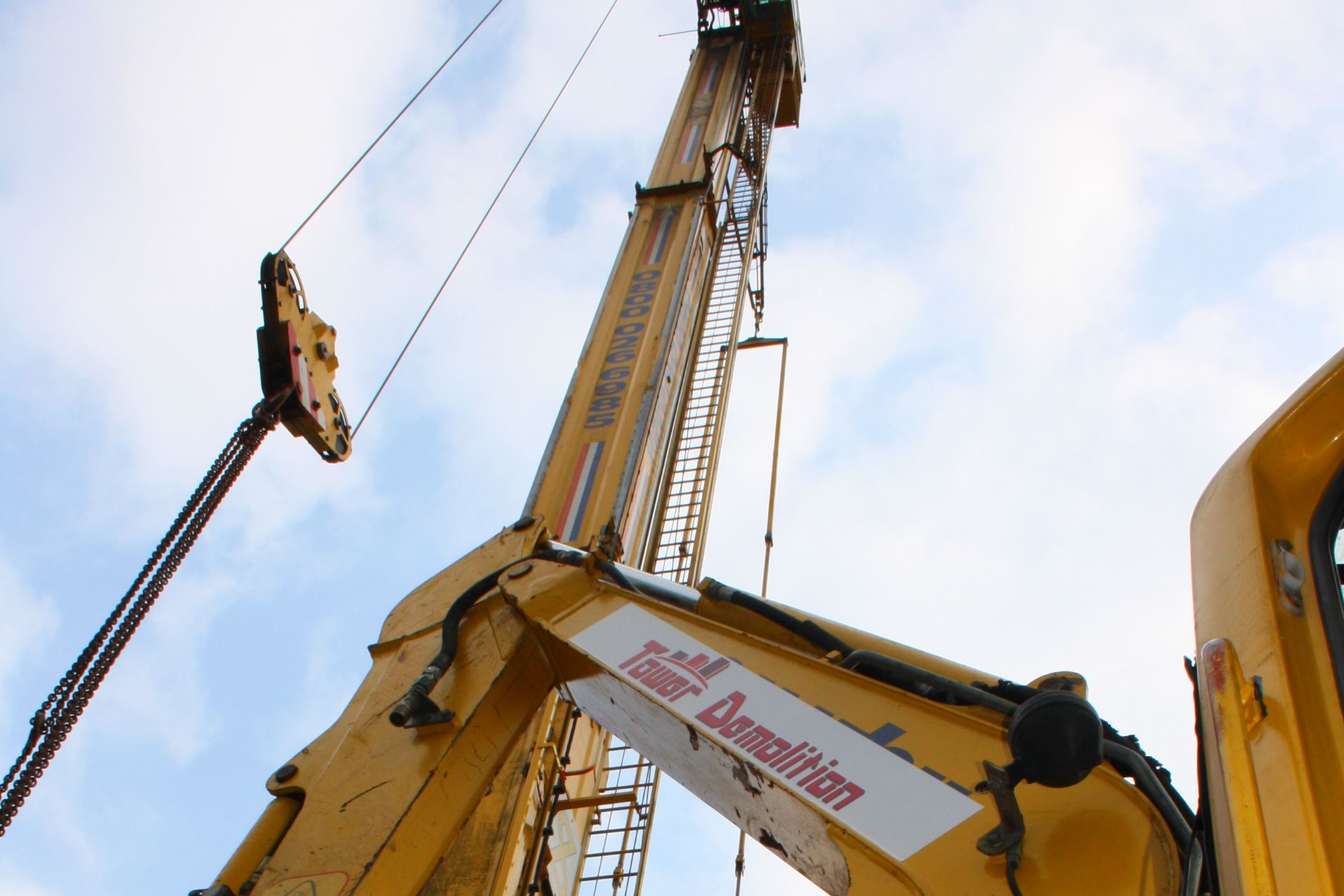 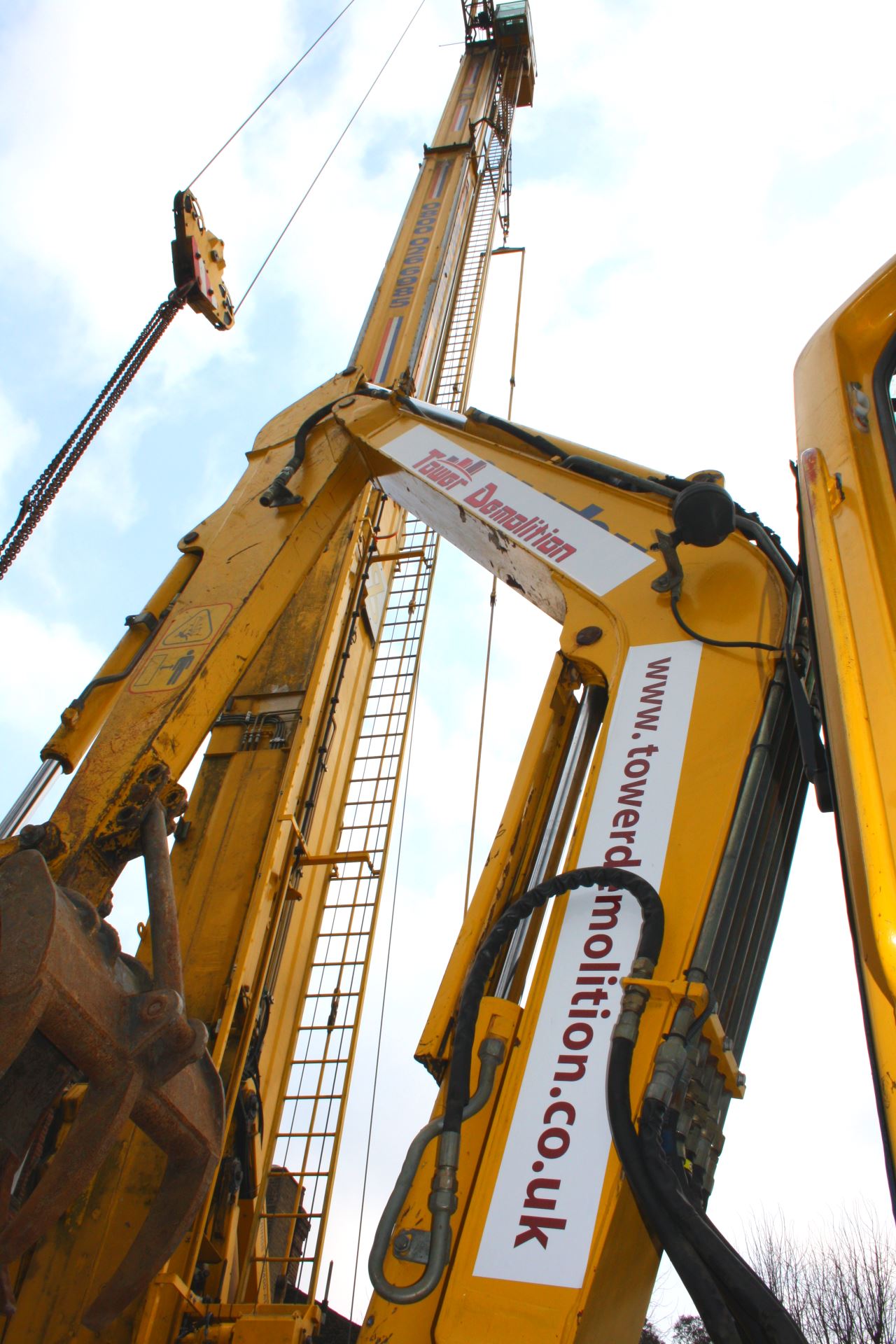 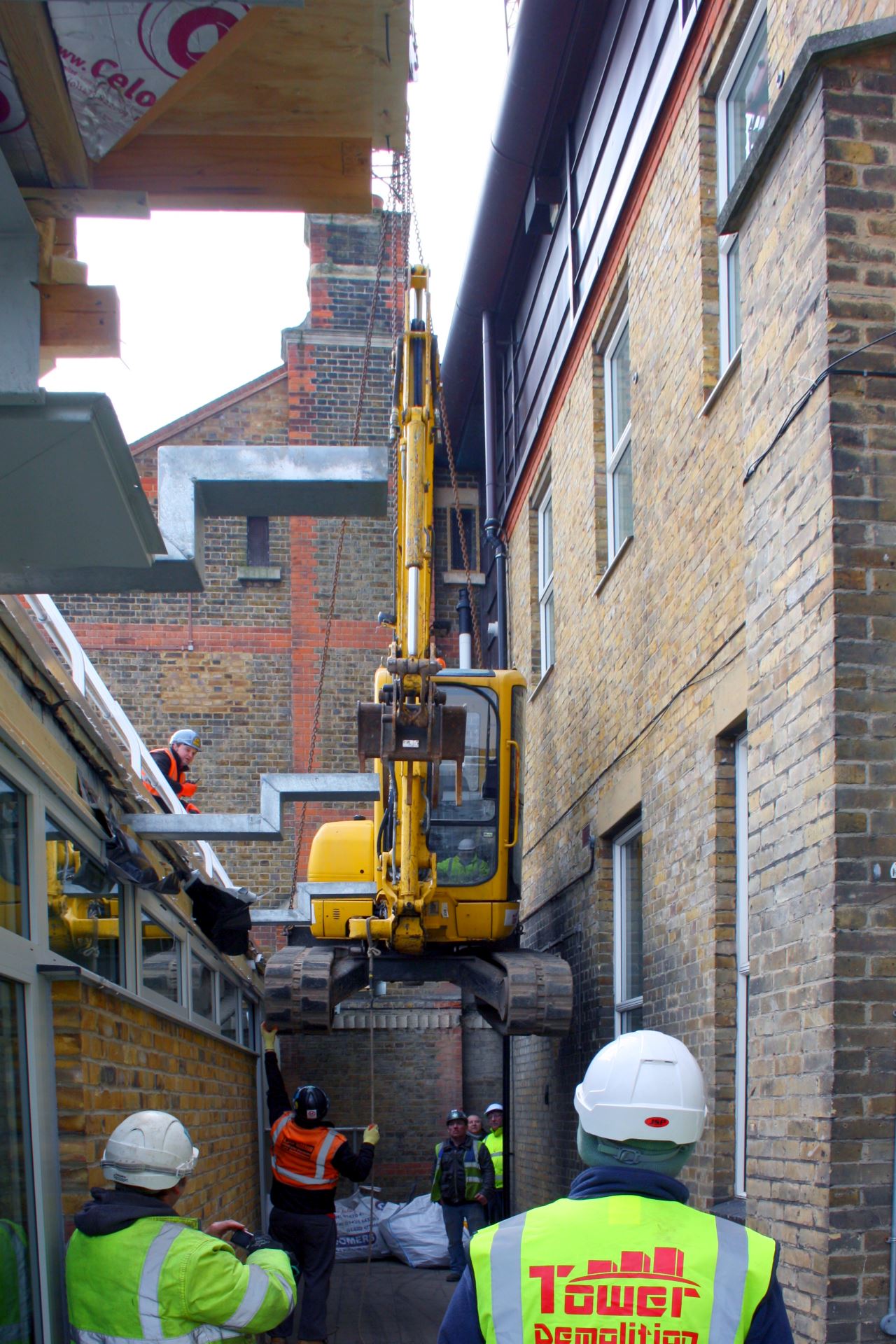 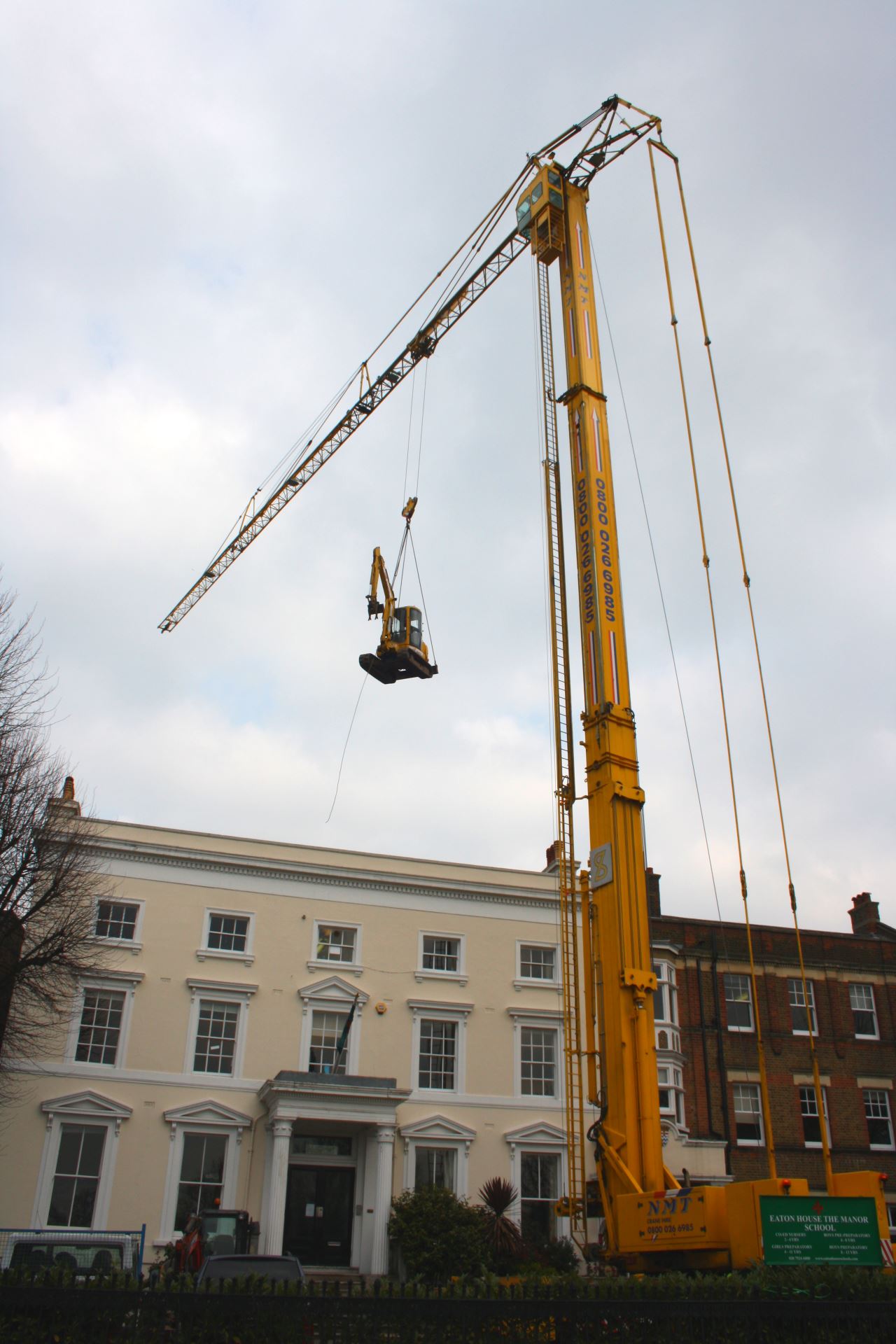